The Oregon Department of Fish and Wildlife have released their draft conservation plan for fall chinook salmon in the Rogue Basin and the coastal rivers and streams between Euchre Creek and the California border. It includes Chetco, Winchuck and Pistol Rivers. The Elk River will be part of the Coastal Fall Chinook Species Management Unit.  The public comment period for the Rogue/Chetco SMU closes June 30th. There are two public meetings between 7:00 to 9:00 p.m.:
The draft plan and an executive summary are available at ODFW's website, along with other information, and will also be available at the meetings.


According to ODFW's press release, the plan doesn't paint as rosy a picture for the coastal streams like the Chetco as it does for the Rogue River:


“In smaller coastal stream basins of southern Oregon, it’s likely the production of wild fall chinook in the coastal basins is somewhat lower as compared to historical levels,” Satterthwaite said. “Fish in these populations mature at older ages than the Rogue populations. The conservation plan addresses the need for modifications to current harvest management, especially for those populations that contribute at high rates to the special late-season fishery off the mouth of the Chetco River.” 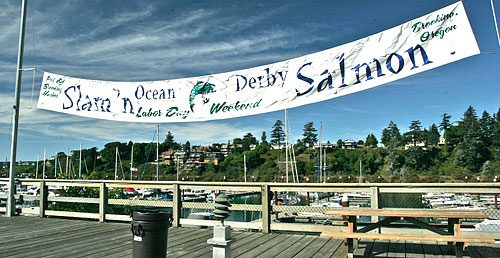